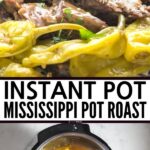 Instant Pot Mississippi Pot Roast is my version of the ubiquitous recipe that’s been popular almost since the internet began. And, as I live in the great state of Mississippi it seems only fitting that I’m sharing my healthier version with you today! 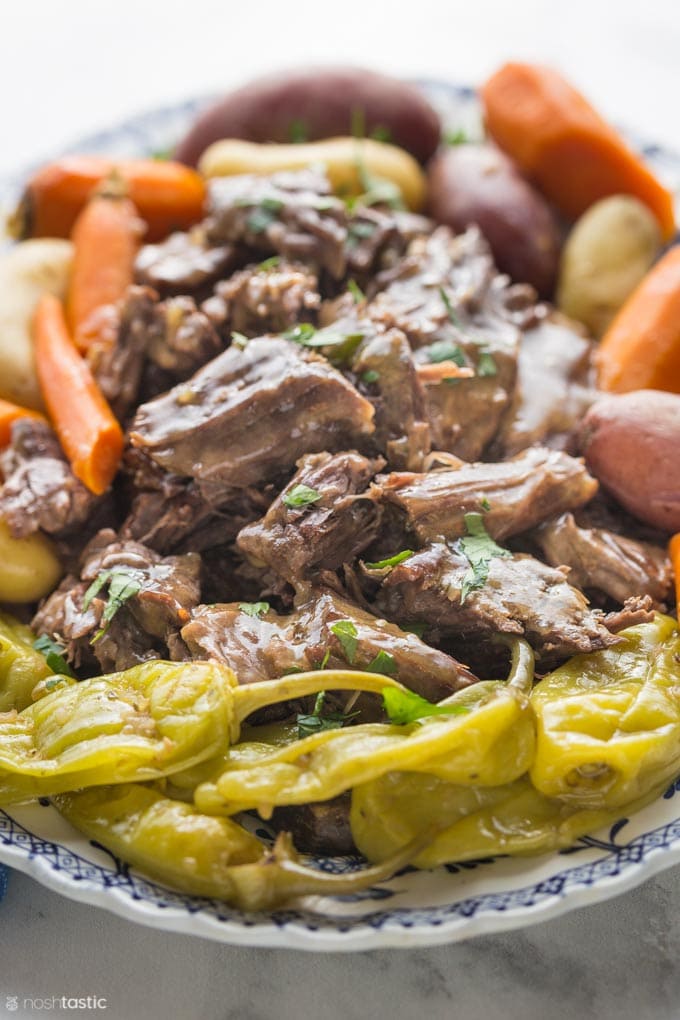 I’ve replaced all the usual packet mixes with dried herbs and spices and simply used beef broth instead of the au jus mix, it worked a treat in your pressure cooker and I promise you won’t miss the packets!

So the first thing to do is season the meat evenly on both sides with salt and pepper, this will really enhance the flavor! 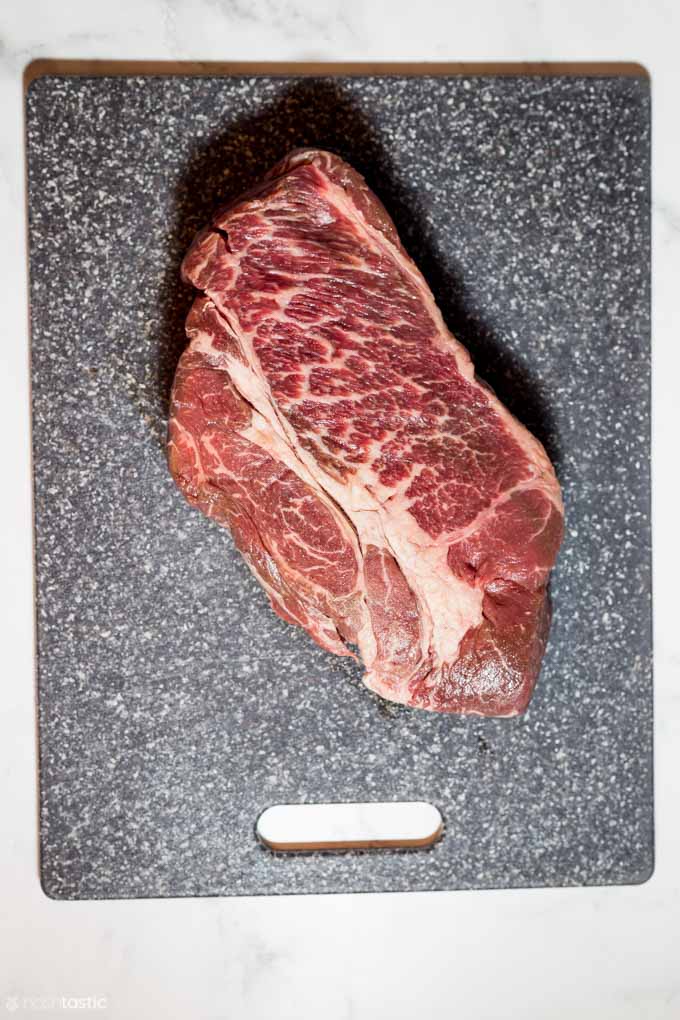 The next step is to brown the beef, don’t skip this part as it adds so much flavor! I prefer to use my trusty cast iron skillet than to try to stuff the pot roast into the pressure cooker for browning but you can absolutely use the saute function on your pressure cooker to brown it if you prefer.

Ensure that you get a good sear on both sides and when you are done deglaze whatever pot or pan you used to brown the meat with the beef broth, so you get all those tasty brown bits an meat juices incorporated! 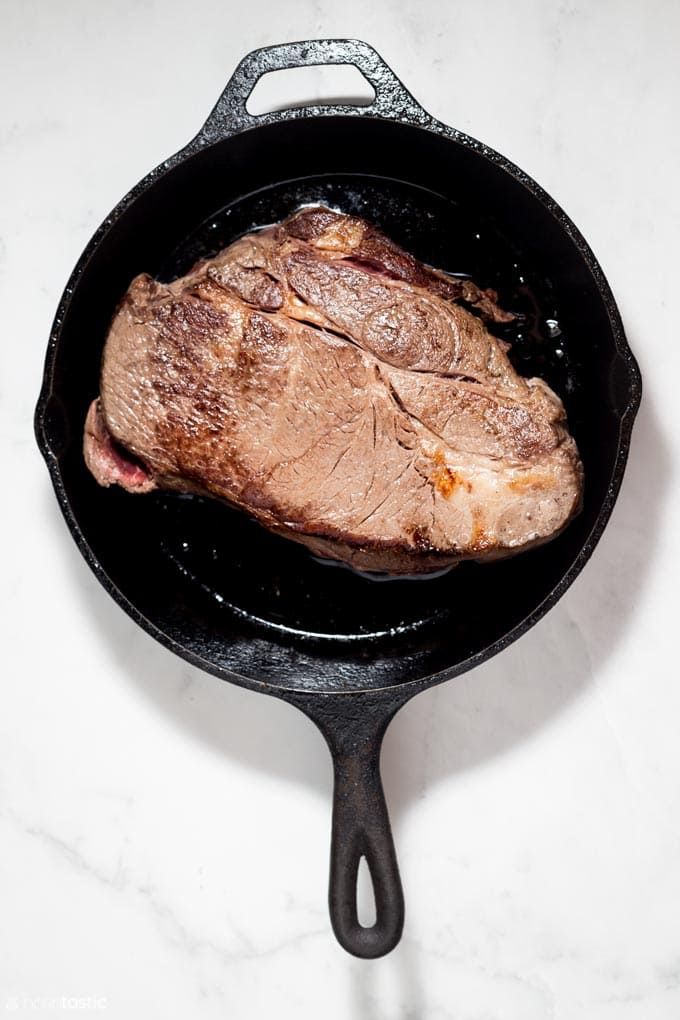 Next, add about 1/4 cup of my homemade onion soup mix it’s simply a mix of dried herbs and spices and it’s very easy and quick to throw it together and the total amount is a little over 1/4 cup so just put it all in there!

Add some gluten free beef broth (see photo below) and a little garlic to amp up the flavor and give it a good stir. 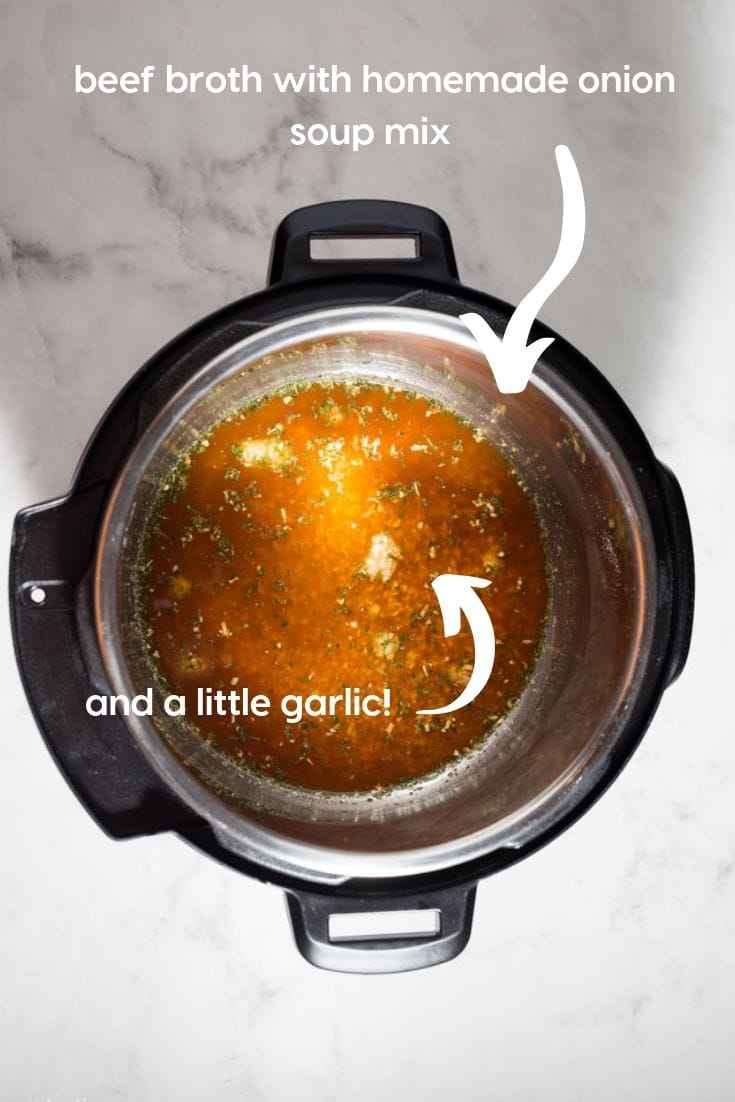 Then add the browned chuck roast and the pepperoncinis.

While they have a little bit of bite they are not super hot peppers so I added eight to the recipe along with some of the juice and I had no pushback from my kids who don’t really tolerate anything that might be spicy hot.

But you can certainly adjust it to suit to your own taste. 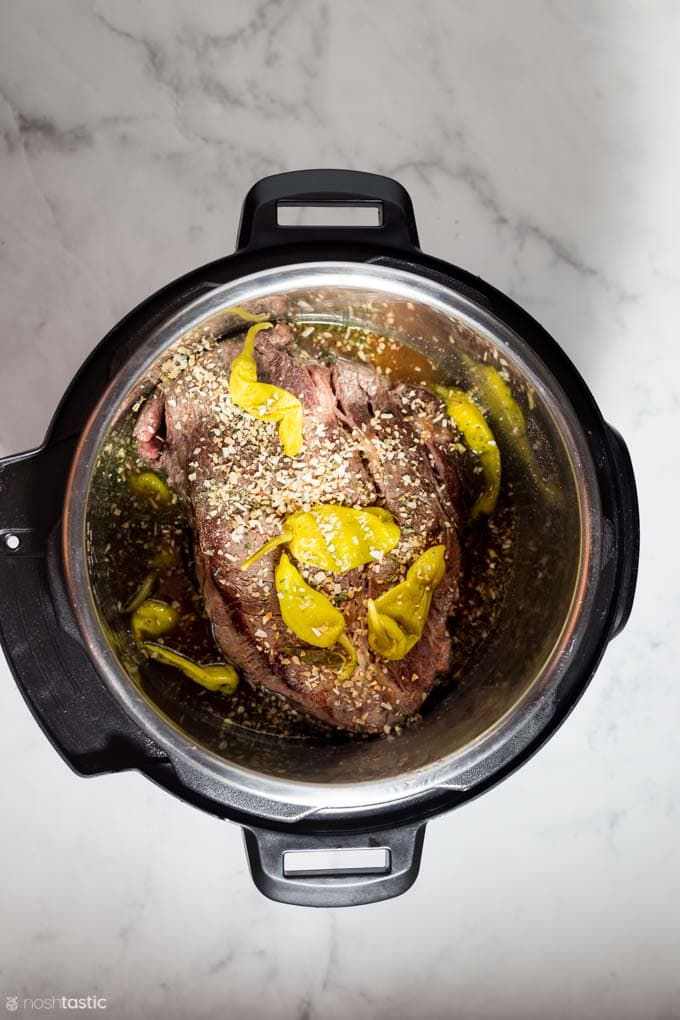 Once you’ve done that you can add the Instant Pot lid, don’t forget the sealing ring! and set it to cook for the desired length of time which for me is about 47 minutes for a chuck roast that is about 2 inches thick.

That usually will create a roast that is tender and falling apart, but not overcooked. Occasionally (this is not an exact science!) I have found it to be not quite cooked enough so in that case I simply put the lid back on and further pressure cook it for about another 5-10 minutes.

The photo below shows my Instant Pot Mississippi Pot Roast after it’s been cooked, it’s hard to tell from the image but the meat is fork tender but not overcooked so I was mostly able to remove the whole roast in one piece. 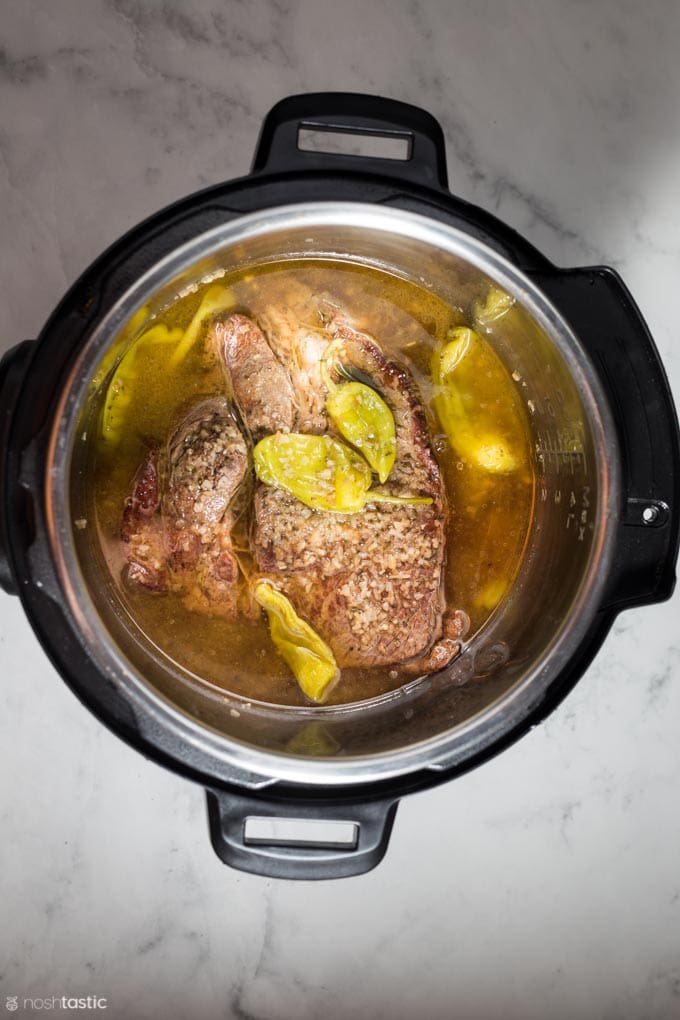 This is really simple! All you need to do is pick a starch such as cornstarch, potato or tapioca, and mix 1-2 tbsp of the starch with the equivalent amount of cold water.

Do NOT use warm or hot water to mix it or it may thicken up on you before you even add it to the gravy.

Remove the meat and pepperoncinis from the cooking liquid, turn on the saute function or equivalent setting on your electric pressure cooker and while stirring add half the starch mixture and stir well until it thickens, that’s really all there is to it!

If it’s not thick enough add more of the starch mixture in the same manner as before.

what are the best cuts of meat for instant pot pot roast?

My absolute favorite cut of beef for any kind of pot roast is a nice boneless chuck roast with plenty fat marbeling, it’s pretty foolproof and works for me every time. If you can’t find chuck roast then  brisket would work well but it tends to be much more expensive where I live so I’d never use it for a pot roast.

Alternatively you could use a beef rump roast or bottom round. 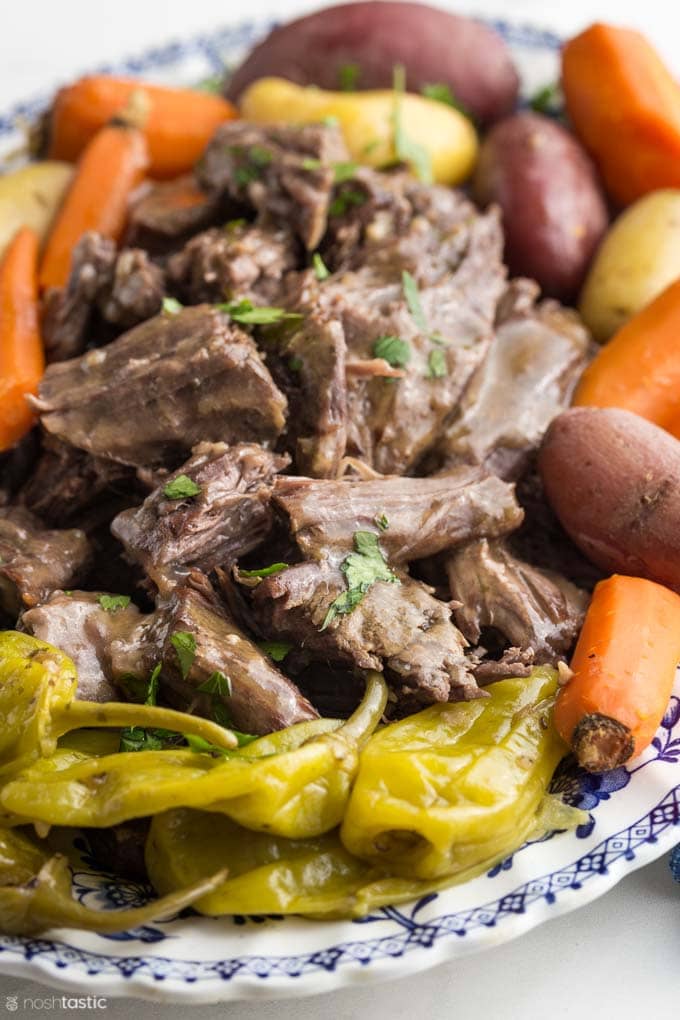 Easy Instant Pot Mississipp Pot Roast in less than one hour! with no nasty packet mixes, this healthy recipe is perfect for Paleo, Whole30 and can be a slightly adapted for low carb and Keto diets. 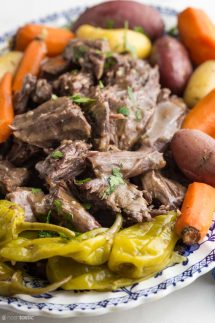 Cook Time - this will vary depending on the thickness of your roast. If your roast is thicker than 2 inches you may need to increase the cook time from what I have listed. 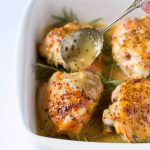 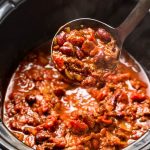 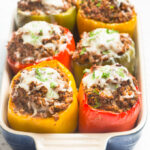 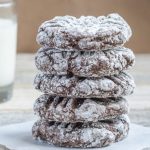 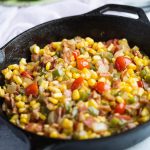 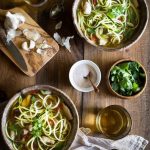 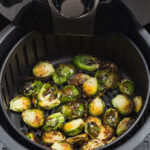 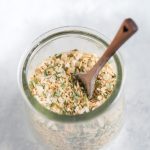